A set of 3 illustrations created for an article by Jonny Wrate published by Protein.

Here the full article posted in 2016 with the illustrations:

We’ve come along way from pong. An estimated 1.2 billion of us are video game players, and the industry is expected to soon surpass $100b in annual sales. As games have evolved from the arcade into the living room and beyond, the experiences they offer have diversified into everything from complex and immersive online worlds that feature millions of players to virtual reality adventures controlled by body motion and, potentially, with our minds.

Unfortunately, video games have over the years garnered a less than favorable reputation. They’re accused of turning children into anti-social basement dwellers and robbing them of the chance to climb trees and use their imagination. The Grand Theft Auto series, more than any other game, has courted controversy with its glamorization of gang culture, drugs, extreme violence and prostitution. In academic studies, researchers claim to have found an increase of about 4% in players’ aggression levels after playing violent games.

But as our tech leaps forward, the enormous potential of video games is only now becoming clear. The medium now offers an emotional journey as rich as any work of literature, or mental exercises as rewarding as any intellectual puzzle. Thatgamecompany’s critically acclaimed Journey requires players to co-operate with an unnamed second player elsewhere in the world, communicating only through mime and “singing”. Christian Donlan from Eurogamer described Journey as akin to a “non-denominational religious experience” that is closer to a “pilgrimage” than a video game. In the near future, your doctor may well prescribe you Angry Birds. In fact, your children can already dream of becoming professional gamers instead of astronauts or pop stars.

The revolution is changing the games we are playing, how we play them and even what we consider a game to be. But who is at the frontier of this exciting new world? Meet the new gamers.

Tribe 1: Indie Gamers
Video games have finally joined film and music in building their own thriving independent scene. Now anyone can download cheap development tools, create a world-class video game from the comfort of their bedroom and distribute online themselves. Unrestrained by the commercial worries that shackle major games companies, indie developers are innovators, pushing gaming into strange new shapes. As a result, indie gamers are able to seek out experience that few would associate with video games.

We are seeing the limits of what a ‘game’ is being tested,” explains Prof. Mata Haggis, who recently developed Fragments of Him, an tear-jerking interactive story about a fatal car crash in which you navigate grief, memory and your friend’s dying thoughts. In Cart Life, which was developed almost single-handedly by Richard Hofmeier, you must balance the work and personal lives of three street vendors – including fighting for the custody of your child – bringing a personal edge that resonates with players far beyond the Sims-like world management.

This isn’t to say that indie games can’t be fun. No Man’s Sky takes you on a survivalist tour of hostile planets as you journey to the centre of the universe. Psychological thriller Firewatch centres on the strange things that befall a man alone in the wilderness, in which you soon realise that you might not be able to trust the character you’re playing.

Diverse in topic, each of these games leaves players thinking deeper about the real world. You might have to plunder and kill to survive No Man’s Sky, but gamer Martin Robinson says “the beauty makes me struggle to approach it anything other than a pacifist mindset. I’m even reluctant to mine those vivid landscapes.” Indie gamers aren’t driven by the desire to win, but rather, like in film and literature, to think and feel something extraordinary. 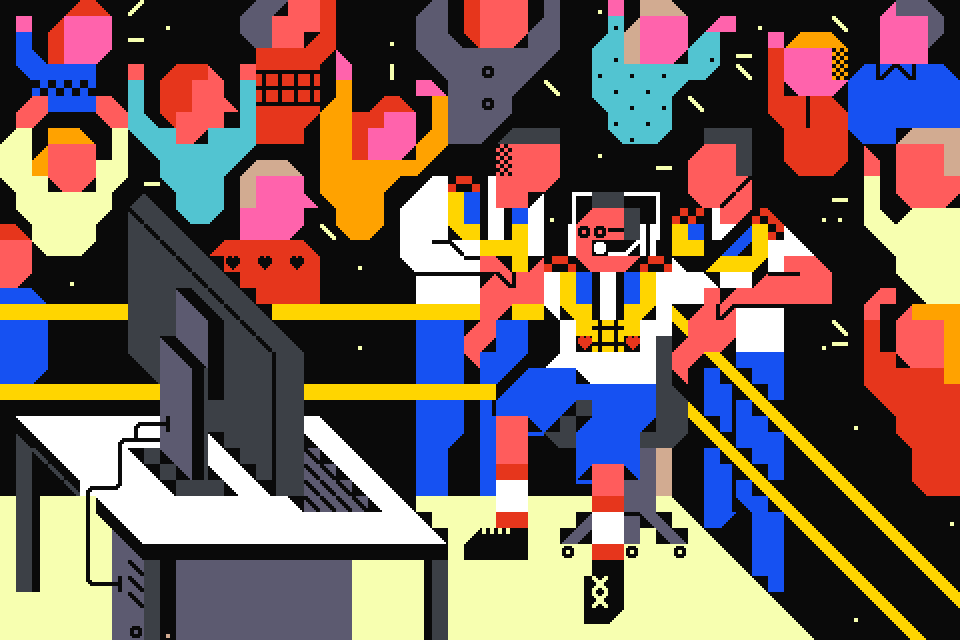 Tribe 2: eSports
The reign of the jocks is over, and the nerds have taken their place. Avid video gamers are basking in fame, wealth and admiration – all thanks to eSports. Just like football, baseball and tennis, eSports have their own stadiums attracting crowds of up to 40,000 fans dressed in their favourite team’s jersey. There are cheerleaders, world tournaments and even match-fixing scandals. The best players are stars in their own right and rake in huge salaries. The crucial difference? eSports are video games.

The phenomenon is most established in South Korea, where even the commentators (called “shoutcasters” have become famous stars. Viewers tune into eSport channel Nice Game TV simply to watch their live-stream commentary of computer-generated battles. Young people visit ‘PC Bangs’, or gaming bars, in between drinking and clubbing, while sitting beside future eSport stars who train for 15 hours per day.

For those skilled enough to enter, the prize money for the last Halo world championship was a cool $2.5m. The prize pool for Dota 2 2015 tournament was over $8m. Ambitious young gamers can even go to training camps instead of college. Yet British gaming star KSI believes it’s not all about talent. He became a millionaire by the age of 21 simply by posting videos of himself on YouTube playing FIFA. “A lot of people think that to be at the top you need to be the best at a certain game, but you don’t,” he told VICE. “It’s more about personality.” His main income comes through the advertising attached to his videos, which so large that he’s planning to airlift a Jacuzzi onto the balcony of his London penthouse.

KSI isn’t the only one outside of Korea catching on to the possibilities of gaming as a viable career choice. In Norway, Garnes Vidaregåande high school will add eSports to its education curriculum in August, with supplementary physical training in reflexes, strength and endurance. A study at the German Sports University in Cologne, meanwhile, found that eSports exposes players to physical strains similar to those of real athletes.

The lives of an eSports player can be even more of a rollercoaster than their traditional ball-game peers. League of Legends star Hai Du Lam retired at the ripe old age of 22 following a wrist injury. Another star, Cheon Min-Ki, attempted suicide by jumping off a 12-story building after becoming embroiled in a match fixing scandal. For others, gaming offers a lucrative career, the chance to travel the world and live like a rock star. Sponsored by Red Bull, 27-year-old Street Fighter star Darryl Lewis flies all over the world to compete. “This is my passion, this is what I want to do, and there’s actually a big scene for this,” he says. “I’m definitely living the dream. It doesn’t feel real, but it is.”

And when 36 million viewers tune into watch a League of Legends final with US rock bands as an opening act, you know eSports is here to stay. 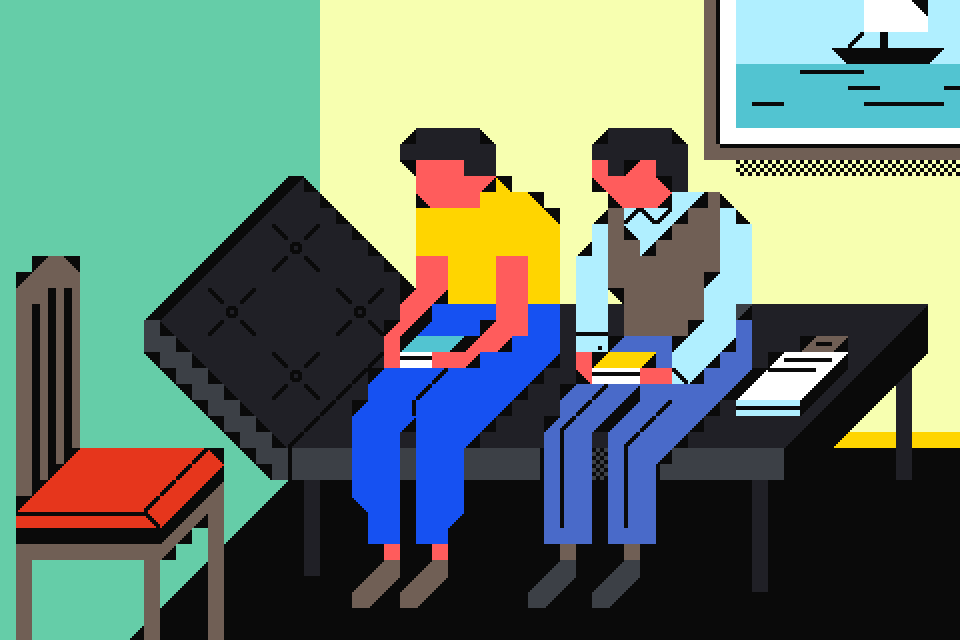 Tribe 3: Health Gamers
Science is finally proving that gaming is good for you. Health gamers come from all walks of life, united by the prospect of achieving a healthier mind and body through the least likely of mediums. A recent study by American Psychologist revealed that computer games could provide a cheap and effective way, alongside drugs and therapy, of alleviating mental health problems.

“There are parts of the brain that don’t activate when people are suffering from depression,” influential games developer Jane McGonigal says. “Gaming is the neurological opposite of depression.” To deal with her own illness after a severe head injury, she created Jane the Concussion Slayer, a real-life role-play game in which she approached positive actions to recovery as “power-ups” to defeat the “bad guy” symptoms, enlisting friends as “in-game allies” in her quest.

Then there is British Medical Journal-approved Sparx, an online fantasy world in which the interactions are partly written by health professions and are designed to mitigate negative thought patterns. Others, like Elude and Depression Quest, give players the chance to discover how others’ suffer from mental health. Elude encourages empathy by taking you through metaphorical bleak landscapes in search of “passion objects”, while the latter works like a choose-your-own-adventure novel in which your options whittle down with each response to everyday personal decisions you make

Even simple or existing games turn out to be beneficial. Mobile games like Angry Birds improve your mood, relaxation and ward off anxiety – even played by one Buddhist monk. Bejeweled trains you to focus thoughts on a simple, immediate goal. And for children suffering from social anxiety, Star Wars: Old Republic allows them to learn how to make friends in a safe and fun virtual space.
Neuroracer, meanwhile, is a driving game developed at the University of California that improves the working memory and attention span of pensioners. One medical study even found that after two months of playing Super Mario 64 under fMRI scanning, the three areas of the brain in control of navigation and fine motor control had actually grown. “In the future a psychiatrist or neurologist might pull out their pad and instead of writing down a drug, writes down a tablet game times two months,” says Neuroracer’s developer Dr. Adam Gazzaley, “and use that as digital medicine.”

Although early days, the medical benefits of video games is now being taken seriously. Adventure game Project: EVO is the world’s first ‘prescription-strength video game’. Studies demonstrated that the game “improved attentional functioning and working memory in children with ADHD,” says Dr. Scott Killins from Duke University. He calls for continued research in “digital intervention” for ADHD. Pharmaceutical company Pear Therapeutics, who invested in EVO’s developer Akili, envisions each of their prescriptions coming with both traditional pills and a video game access code. Indeed, Akili have already trademarked the phrase “electronic medicine”. Perhaps the future is closer than we think.